Recent Items from this Page (Past Meetings)

100% Operated by Volunteers. Join Our Ranks!

Information
Meetings/Events/Announcements
Past Meetings:
CUUG is pleased to acknowledge our Silver sponsor:

Join our events mailing list to receive information on CUUG events such as our general meetings, special guests, etc.

Don't forget to check our other mailing lists too. 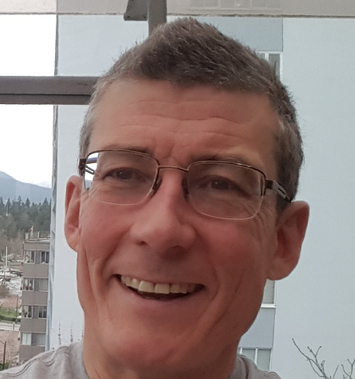 Roy Brander is not into conspiracy theories, but could swear there was one against cord-cutting. Cord-cutting shouldn't be any more of an "adventure" than buying a toaster. But it is.

For starters, the consumer electronics industry, normally so eager to sell us computers, laptops, pads, phones, and watches; the industry that for 30 years has sold us VCRs, competed over Beta vs VHS and Super-VHS (look it up, it existed), then sold us DVDs, DVD recorders with DVD-R and DVD-RW, then sold us DVRs that recorded standard definition, then sold us Blu-Ray players of increasing degrees of quality and declining prices...these days, they've utterly given up selling us anything that can record video.

Nevertheless, with sufficient determination, Roy was able to gather the necessary hardware and open-source software to assemble a system which lets him record over-the-air TV signals for later viewing. Cutting the cord is indeed possible. Roy will present his experience in detail, giving you a helpful background should you wish to follow in his footsteps.

Roy Brander is a CUUG Life Member. He has given a number of presentations on a wide variety of subjects, including the BSDWall project, the MEPIS Linux distribution, the Titanic, management of Calgary's water mains, and the ASUS Eee PC and Moore's Law. Roy has retired from his position as the Senior Infrastructure Engineer for Water Resources, The City of Calgary, and now lives in a Vancouver condo overlooking Stanley Park.

If you would like to attend, RSVP to "office" at "cuug.ab.ca" and we'll send you a Zoom invite prior to the meeting. We look forward to seeing you there! 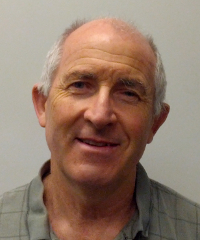 We are saddened to report that John Clarke, our Secretary-Treasurer, died of leukemia in October, 2020.

John was diagnosed with leukemia in July, and was undergoing treatment over the course of the summer. His prognosis was looking good. He suddenly took a turn for the worse and died on October 12.

John served on the CUUG Board of Directors for over ten years, including terms as Vice President and Secretary-Treasurer. He stood up when his accounting experience was needed by CUUG. Without fanfare, he faithfully prepared financial statements for our annual society filings. John was a well-known member of the ERPNext community and gave a presentation on ERPNext to CUUG in 2017. John was a soft-spoken and unassuming contributor. We will miss his gentle humour and good work. John was a credit to the Calgary Unix Users' Group.

You can read more at John's obituary and ERPNext tribute.